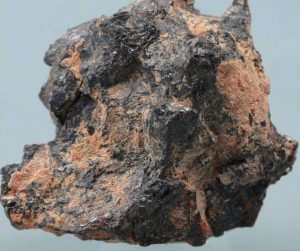 Researchers found what is known as the Hypatia stone in Egypt in 2013. They determined that the small pebble is extraterrestrial in origin. What’s fascinating is that the stone contains micro-mineral compounds that aren’t known to occur anywhere on Earth, in other meteorites, or anywhere in the solar system, reports Science Alert.

The stone was named after scientist Hypatia of Alexandria. Some think the diamond-filled pebble might be part of a comet nucleus, while others believe it could have formed from a cold molecular cloud.

According to researchers from the University of Johannesburg, the stone’s lack of silicate matter makes it unique among the interplanetary material that has made its way to Earth. In addition, it contains minerals that appear to predate the sun.

Prof. Jan Kramers, lead researcher of the study, “Extra-terrestrial Hypatia stone rattles solar system status quo,” has compared the internal structure of the stone to that of a fruitcake that breaks apart after falling onto the floor into some flour:

“We can think of the badly mixed dough of a fruitcake representing the bulk of the Hypatia pebble, what we called two mixed ‘matrices’ in geology terms. The glace cherries and nuts in the cake represent the mineral grains found in Hypatia ‘inclusions’. And the flour dusting the cracks of the fallen cake represent the ‘secondary materials’ we found in the fractures in Hypatia, which are from Earth.”

The Hypatia stone is just one tiny piece from the original “fruitcake,” which is believed to be several meters in size. The stone has a lot of carbon and small amounts of silicon, which is different from non-metallic meteorites called chondrites that are similar to Earth.

Kramers noted: “Even more unusual, the matrix contains a high amount of very specific carbon compounds, called polyaromatic hydrocarbons, or PAH, a major component of interstellar dust, which existed even before our solar system was formed. Interstellar dust is also found in comets and meteorites that have not been heated up for a prolonged period in their history.”

What’s also intriguing is the PAH in the pebble transformed into tiny diamonds, likely upon impact with Earth. The diamonds enabled the stone to survive to its present form.

The researchers also discovered aluminum in the mineral grains of Hypatia. Researcher Georgy Belyanin explained: “This occurrence is extremely rare on Earth and the rest of our solar system, as far as is known in science. We also found silver iodine phosphide and moissanite (silicon carbide) grains, again in highly unexpected forms. The grains are the first documented to be found in situ (as is) without having to first dissolve the surrounding rock with acid. There are also grains of a compound consisting of mainly nickel and phosphorus, with very little iron; a mineral composition never observed before on Earth or in meteorites.”

While Hypatia’s compounds likely predate the sun, researchers believe the pebble itself was formed after the sun.

“Hypatia was formed in a cold environment, probably at temperatures below that of liquid nitrogen on Earth (-196 Celsius). In our solar system, it would have been way further out than the asteroid belt between Mars and Jupiter, where most meteorites come from.

“Comets come mainly from the Kuiper Belt, beyond the orbit of Neptune and about 40 times as far away from the sun as we are. Some come from the Oort Cloud, even further out.

“We know very little about the chemical compositions of space objects out there. So our next question will dig further into where Hypatia came from.” 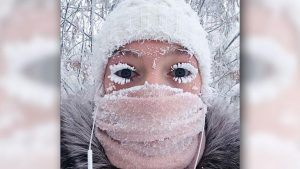